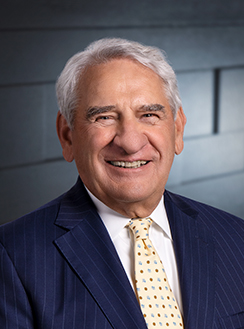 Mr. Weiss was appointed to our Board in connection with our IPO in July 2013 and is Chairman of the finance and investment committee and a member of the nominating and corporate governance committee.

Mr. Weiss retired as a partner from the law firm Foley & Lardner LLP in June 2008, where he served as managing partner of the firm’s Washington D.C. office and as a member of the firm’s management committee. Mr. Weiss concentrated his law practice in health care finance, representing hospital systems, medical practice groups, and investment banks. Mr. Weiss served for over 30 years on the boards of directors of Advocate Aurora Health and predecessor companies, including terms as finance committee chair and board chair of Aurora Health Care and Milwaukee Psychiatric Hospital until 2021. He also served on the board of trustees and as board chair of Washington Hospital Center in Washington D.C. Mr. Weiss has also been a trustee of the Medical College of Wisconsin.

In addition to his work in health care, Mr. Weiss worked in the sports industry, where he represented the Washington Nationals in connection with its baseball stadium in Washington, D.C., the Green Bay Packers in the renovation of Lambeau Field, the Milwaukee Brewers in the development and financing of Miller Park, and Major League Baseball in the financing of ballparks in San Diego and Miami.

Mr. Weiss graduated from the University of Wisconsin Law School (magna cum laude, 1971), where he was Order of the Coif and on the editorial board of the Wisconsin Law Review, and has a business degree from Northwestern University (B.S.B.A., with distinction, 1968). Mr. Weiss is a board member and audit committee chair of Ascendium Education Group, a retired member of The Economic Club of Washington D.C., a former board member and the general campaign chair for the United Way of the National Capital Area, and a former member of the board of trustees and executive committee of the Greater Washington Board of Trade.