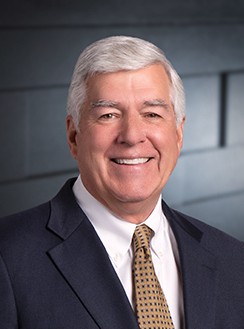 Mr. Baumgartner was appointed to our Board in connection with our IPO in July 2013 and is the Chairman of the audit committee.

From 2009 to 2020, Mr. Baumgartner served as the Chief Investment & Risk Officer and a Senior Managing Director of The Ziegler Companies, Inc. (“Ziegler”). During his tenure, he was responsible for the review of certain transactions underwritten by the firm for hospitals, senior living entities, and charter schools, totaling approximately $3 billion annually. In addition, Mr. Baumgartner oversaw Ziegler’s proprietary investments, private equity funds, and general business risks.

Prior to assuming his position in 2009, Mr. Baumgartner worked as an investment banker at Ziegler beginning in 1984. Over the next 25 years, he completed more than 150 public debt offerings in excess of $5 billion for hospital systems, clinics and senior living facilities across the country. During that time, Mr. Baumgartner’s investment banking activities included mergers, acquisitions, and financial advisory work as well as tax-exempt and taxable financings on a fixed variable or blended interest rate basis. Mr. Baumgartner also worked on numerous strategic advisory transactions for health care providers involved in merging, acquiring, or partnering with other health care entities.